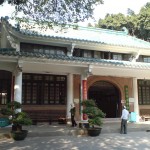 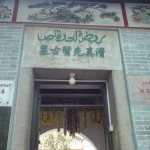 Reflections of an American Muslim in China

Back in May 2006 on my second morning in China, within hours of seeing anything of the city outside my campus for the first time, I set out on a mission. I knew there was a mosque around here and I was intent on finding it. Armed with a map and not a word of Chinese, I set out South for the old city to search out the Fuyou Road Mosque, the nearest of the three crescents laid out on the grid folded up in my pocket. I had just set up a blog at that time, and shortly after I wrote about being impressed with the sheer size and foreignness of the place. 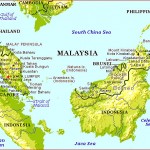 Chinese Muslims in Malaysia: Past and Present

History has it that the arrival of the earliest Chinese Muslims in present day Malaysia can be traced as far back as the 15th century, attributed to the explorations of Admiral Zheng He (Cheng Ho) during the reign of the Ming Dynasty. According to “Ming Shi” [明史] or the History of Ming, the historical records reveal that Admiral Zheng He might have visited Malacca at least five times as well as to the states of Terengganu, Pahang and Kelantan throughout his seven voyages to the Western Oceans (1405-1433).